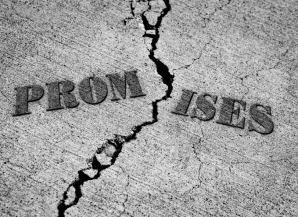 I have spent Saturday morning, as every sane person does, skim reading historic EAT judgements, and in the process stumbled upon the decision in USDAW v Burns. USDAW v Burns is a 2014 unfair dismissal case, the background to which will be familiar fare to many trade union reps, notwithstanding that the Respondent in this case was a trade union.

Mr Burns worked within recruitment for USDAW raised a concern about bullying by his manager and at the relevant time had been absent for over a year, one assumes this absence was related to the workplace situation but it is not explicitly stated. A grievance was investigated and the tribunal found that this was a reasonable conscientious investigation; at the same time Mr Burns was deemed to be fit to resume work.

However, Mr Burns refused to return to work for Mr Aylward (the manager he had accused of bullying him) but expressed a desire to return to work and remain in the employment of USDAW. Since all recruitment work was in the same division and reported to Mr Aylward there was no possibility of performing his role elsewhere. However, in a meeting with the union’s General Secretary Mr Burns was told that they would explore if there were any other vacancies he would be suited for.

At a meeting four days later the General Secretary informed Mr Burns that there were no other vacancies and he was dismissed, the reason for dismissal being some other substantial reason. However, in point of fact, the tribunal found that USDAW had not completed any skills appraisal of Mr Burns or made any enquiries before they communicated their decision to dismiss.

The employment tribunal found that this broken promise was a material factor when considering the reasonableness of the dismissal and determined that the dismissal unfair. In fact, the tribunal went further and suggested that that in all cases of dismissal for some other substantial reason an employer should “take all reasonable steps to find suitable alternative employment.” On appeal the EAT (38) squashed this wider point robustly:

We do not consider there is any such duty arising either at common law, through employment law or through a code of practice.  It is stated too absolutely.  No ground of appeal was founded upon it nor argued before us, so we do not need to consider it further.  But, because we are conscious that this judgment may see some currency elsewhere, we want to make it clear that we do not accept that approach

Nonetheless, the EAT dismissed USDAW’s appeal and found that the having made a promise to explore other opportunities a failure to do so is a key factor to be considered in determining whether a decision to dismiss an employee is reasonable (under section 98(4) of the Employment Rights Act 1996).

Whilst it is not the case that any broken promise by an employer will mean a dismissal is unfair if the takeaway (and common sense) take away point is that if an employer promises to do something that may mitigate an issue for which dismissal is contemplated and then fails to do that then that is a potentially strong ground upon which an appeal or unfair dismissal claim can be based.