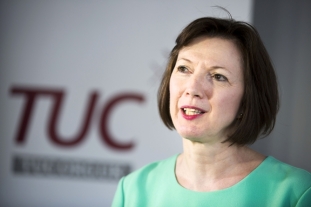 Three stories that caught my interest this week:

As the TUC celebrate its 150th year birthday it has published research showing that there is a generational pay deficit for younger workers as it also launches union recruitment plans targeted at younger workers. Write up here. There are some positive signs in the report and associated strategy but, fundamentally, the whole exclusive membership processes of the unions, and the lack of continuity of employment is an area upon which serious thought and cooperation needs to be given – time for a Bridlington II?

PCS’ dispute at ACAS has gained a fair amount of recent attention after ACAS conciliators voted for – and have  taken — a number of days strike action over enforced changes and inadequate resources. ACAS have now belatedly seen sense and in negotiations have agreed to offer assurances on job grading and agreed to recruit additional staff. PCS’ release is here.

The UCU conference saw bizarre scenes has union officials (represented by Unite) at the conference threatened to walk out after delegates sought to debate a motion calling for the General Secretary’s resignation and censure. LibCom was the first online source I saw to cover this which has since been picked up by mainstream media.

For my part I find myself sitting on the fence on this, clearly the GS is not just a ‘union official’ but presumably if the pensions dispute requires member anger should this not be directed at the NEC?