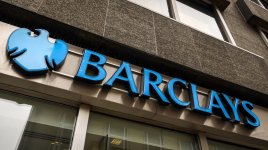 Back in February Erika Kelton asked whether the Financial Conduct Authority would blink first in its investigation of how Barclays chief Jes Staley responded to whistleblowing concerns at the bank.

Today the answer to Kelton’s question is clear: the FCA has bottled it and effectively given the Barclays chief a slap on the wrist, which follows a similarly light written warning issued by Barclays.

In June 2016 Jes Staley, Chief Executive at Barclays, received two anonymous letters that Barclays describe as ‘of a personal nature’ that raised whistleblowing concerns over a senior manager. Staley, who in 2017 had an income from Barclays (inclusive of bonus) in the region of £3.4m, set bank security officials on a mission to identify the anonymous whistleblower. Allegedly there may have even been attempts to extract information from the postal service.

Such a deliberate attempt to identify and hound a whistleblower should raise concern and the failure of the FCA to adequately penalise Staley for anti-whistleblowing activities is a worrying sign. The Independent asks

The question that has to be asked in the wake of what looks likely to amount to an expensive slapped wrist for Staley is what effect this will have on those considering making what remains a terribly risky move.

Put simply: After this would you feel confident in stepping forward?

It is a point made by Nils Pratley in the Guardian as well:

In the first big test of the whistleblower regime, a chief executive who tried to identify an individual has been allowed to keep his job. Why should future whistleblowers believe they will be safe? The FCA and PRA need to explain a decision that looks as soft as it could possibly have been.

The statutory protections for whistleblowers are already difficult to enforce and  often ineffective and now a major regulatory body has given the CEO a pass (he will pay a fine of a little less than his bonus) when he used the employer’s extensive resources to seek to unmask a whistleblower. Thankfully, the instigated investigations did not identify the source or who knows what other illegitimate manoeuvres Staley may have contemplated.