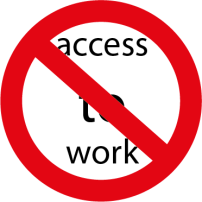 A mere six month’s ago a group of MPs reported that the Department of Work and Pension’s Access to Work scheme was failing to reach the people it needed and that further work was needed to increase its coverage. The then Minister for Disabled People Mark Harper MP (Con) encouraged all business to utilise the support Access to Work offered to businesses and disabled people in ensuring access to the workplace on the same terms as their non-disabled collegues.

Indeed, the last Government’s review of disability support (which resulted in the controversial closure of the Remploy factories) was gushing in its praise for the the Access to Work Scheme. In the then Government response to the Sayce Report which was endorsed by Ian Duncan Smith the government accepted that the Access to Work scheme was “cost effective” and the “best kept secret in government” and had the potential to assist disabled worker into employment. The fact that two years after the Remploy closures hundreds of the workers who lost their jobs remain out of work suggests that much more “cost effective” investment is needed.

It is then scandalous that one of the first acts of the new Conservative led government was to confirm a decision to slash funding for the scheme. Rather than provide a cost effective route to reduce benefit bills and increase disability employment the decision has been taken to slash funding. It is, I fear, the first in what will be a long line of cuts that a) harm society’s most vulnerable citizens and b) make little economic sense as they just push costs from one segment of the benefit bill to another. A reduced budget will mean more and more employers failing to take the risk on employing disabled staff as the cost of adjustments will be too onerous, especially for small businesses.

This is something trade unions need to start actively campaigning on.

One thought on “Access to Work Funding to be Cut”